Resolved Ideating for impact - Share your thoughts on the crowdmap

0
Votes
Undo
Choose one business or initiative from the crowd map and consider the following questions: 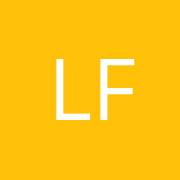 Smart Highway – a simple concept that can be implemented everywhere at low costs yet has a high GHG emission and cost reduction potential.

Sunseed Desert Technology – educate and communicate! This is so important.

Gotham Greens – urban farming! I love this idea and it is inline with the challenge that I framed.

To answer the above questions I will focus on Gotham Greens.

How could this idea be transferred to another sector?

I think the idea of urban farming already combines multiple sectors. It bring sustainable land-use practices to an urban environment.

Could it be scaled?

Absolutely, it has such potential to be implemented on larger scales in all urban environments.

Could it be transformed into some other idea?

It could be transformed, or expanded, to include non-commercial rooftop gardens, or individual grocery stores can have their own gardens.
Comment 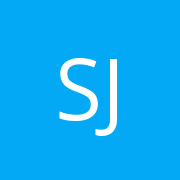 Fabulous post, you have denoted out some fantastic points, I likewise think this s a very wonderful website.. <a href="https://alipromocodes.com/store/my-freedom-smokes-coupons/">My Freedom Smokes Coupon Codes</a>
There are no comments made yet.

· How could this idea be transferred to another sector?
– You could use the same "lightning" paint for inside-building lighting (for instance; libraries/schools/homes at night). It could also be used as street lighting on the side of larger buildings in big cities. Or even on the ground.


· Could it be scaled?
– It is easily scalable as it is a component of paint. The question is the cost of the fluorescent (or phosphorescent) component. Then again, if it becomes highly integrated in global societies, it will become cheaper in time.


· Could it be transformed into some other idea?
– Maybe combined? Some other nations have fluorescent plants as a try for street lighting. (http://www.glowingplant.com) – The synergy between these two may be sufficient for complete non-electrical street lighting.
– Perhaps it could be used in situations where electricity is a scarce resource; third world countries etc. use bleach bulbs (solar bottle; http://www.instructables.com/id/How-to-build-a-SOLAR-BOTTLE-BULB/) - but potentially glow-plants or this fluorescent paint may be interesting.

· If it could be transferred, scaled or transformed, would it need to be adapted? In what ways?
– To argue implementing it in bigger cities, perhaps making an artistic image out of it; imagine walking on a street lit by a big painting on the side of a building. It would be both beautiful and practical.
– The same applies for lighting inside homes at night.
Comment
There are no comments made yet.

Smart highway:
Amazing and simple idea! Once an appropriate color is found it can be used everywhere.

Transferable?
One possible solution for my business challenge - better connecting cities and suburbs - might be the expansion of bike "highways" using the color there as well, seems to be a great idea !

Karm: Incentivize car sharing by doing good and donating the amount to a charity etc. selected by the driver

Transferable?
Generally a good idea ! Changing consumer behavior through "you can do sth good" might work once in a while but a true success needs a more tangible advantage.
In the US, some lanes are only useable in case two or more people sit in a car.
Combining faster transport and doing good will expand more quickly.
Comment
There are no comments made yet.