0
Votes
Undo
I just checked the EIA tool for my home country, Germany. Not surprisingly, it is the largest energy consumer in Europe and the 7th largest in the world. Energy consumption was to 36% based on petroleum, which was mostly imported from Russia and the Adriatic Sea. The country produces only around 0.103 Quadrillion BTUs.
Imports of natural gas came from Russia, Norway and the Netherlands, comprising 90% of Germany's total gas consumption, domestic prodcution was 0.494 Quadrillion BTUs.
The largest share of indigenous fossil fuels is that of coal. 1.654 Quadrillion BTUs were produced and 25% of the total energy consumption was based on it.
So, you could say Germany's consumption of fossil fuels is highly dependent on imports from other countries. And therefor it is very vulnerable to supply disruptions and price changes - likely one of the reasons, why pushing the establishment of renewable energy generation is on the political agenda for a while now. 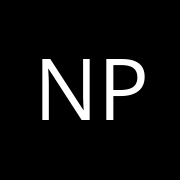 On the off chance that there was a significant interference, our stockpile chains and stockholdings of fuel are exceptionally little, and the Government doesn't claim any," resigned [url=https://assignmenthelp247.com/coursework-writing]coursework writing service Australia[/url] Air Vice Marshal John Blackburn told the ABC.As a previous number two in the Royal Australian Air Force, John Blackburn has led three investigations of Australia's fuel security, and is frustrated in what he has found
There are no comments made yet.
Responses (0)