0
Votes
Undo
Which alternative money systems do you know? What do you think about them?
Tweet
Comment 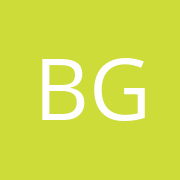 The Skycap Financial is the limit when it comes to starting a new company. Everybody has the dream to target his company but only a few numbers of the skilled person that take action think outside the box to come up with a new idea to rock the world.

The Skycap Financial is the limit when it comes to starting a new company. Everybody has the dream to target his company but only a few numbers of the skilled person that take action think outside the box to come up with a new idea to rock the world.

There are no comments made yet.
Responses (2) 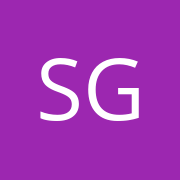 Sebastian Georgi
Accepted Answer Pending Moderation
0
Votes
Undo
I have come in contact with the block-chain technology earlier. Bitcoin is not the only digital currency out there. They differ in history, robustness and purpose.
I totally endorse the concept of block-chain-based currencies, although the technology is based on mathematics. Everyone, who is proficient with mathematics and coding, may always find the back door to the system and is then able to take advantage of it. Let me try to explain, how I come to this insight:
The block chain is a digital file. It carries information about transactions. This normally includes account names/numbers of the sender and the recipient, the amount and a time stamp. Every transaction is added to the end of the block chain file and is saved on every participants computer. This is done to ensure that every participant of the system has the same information and everyone can reconstruct every transaction that has ever been made. This makes it almost impossible to fake the file, as normally no hacker can access thousands of computers at once. This is the theory. In reality, it is not possible to create a block-chain block at every participants computer and then send it out into the world. It would lead to too many different versions of the block chain and nobody could be sure, which one is the correct one. Therefore, if one participant makes a transaction, the information is sent out and is received by miners. They collect information on transactions, convert them into a format that can be added to the block chain and, when a certain number of transactions is reached, pack them into a block and add them to the block chain. Since this process takes time and computer capacity, it drastically reduces the possible number of block chain versions.

Here, the numerous digital currencies begin to do things differently. Let us stay with Bitcoin: For everyone, who makes the effort of collecting information on transactions to provide their next version of the block chain, the system provides a certain amount of Bitcoins for them. It can be seen as a reward for the time and energy used to calculate the next block. This is how the Bitcoin system creates value, and it is called mining. Though, the amount of Bitcoins granted for each accepted block is decreasing. In fact, it decreases with a defined mathematical function that grants ever lower amounts of Bitcoins, but will never reach zero. However, the total amount of Bitcoins is limited by this function to a set amount, which makes it possible to predict the future rewards for Bitcoin miners. Hence, miners must increase their efforts to get the same rate of Bitcoin income. On top, only the first one to create the new valid block is granted the reward. Valid means that, at diffent locations with more or less accurate information on transactions many miners would create different blocks. Only the block that gets accepted by the majority of the participants is the valid block. And only the miner that put out this block first, gets the reward. This, and the fact of ever decreasing mining rewards, create a lot of competition within the mining community. Miners gather in groups who share computing capacity, but also the reward. The largest flaw of the system is that, only the last block of the block chain determines the future of the system. Actually, hackers attacked the system which created faulty blocks. Here, the community decided to change the history of the valid block to another one which they thought was better. This created alternate Bitcoin block chains and people could decide which block chain to follow.

This brings in my concern. When a system follows a set mathematical approach, it becomes possible to predict the outcomes. A few people can take advantage of this predictability and manipulate the system to their will. If a block chain system really is to be the future of our money system, it must become more secure. Like the Bitcoin community already showed, it can decide with democratic processes which reality is the favorable one. A lot of research is done at the moment, involving banks, stock markets and others, who are diving into the topic. Surely, activists of the "we do not need banks/governments/managers who control flows of money/information/decisions" will want banks out of a block chain currency system. I like to think, as my personal research in renewable energy systems suggests, a good mix of all players might be the best way for now. Use expertise and investment power of big players and flexibility and innovation of small players. If the community is enabled to steer the process and keep the balance between greed and "I-can't-be-bothered" things may turn out well. If the community is capable of introducing the block chain mechanics into politics, maybe the government becomes trustworthy again and can take over the steering process.
Comment
There are no comments made yet. 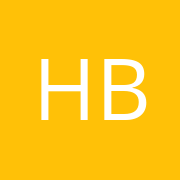 Holly Brewer
Accepted Answer Pending Moderation
0
Votes
Undo
Users of money transferring systems can easily select a superior option for their works with take help from here. For payments of essay papers buyers like to access this essayguru.biz site that provide quality essay works.
Comment
There are no comments made yet.